In moving to LA, the team secured a younger, more diverse, family-oriented fan base, according to our Business Intelligence Study.

With the return of the Rams 22 years after the pro football team left Los Angeles, there has been a lot of talk about who will embrace the team and the effect their return will have on Los Angeles sports fandom as a whole.

Now that the LA Rams have completed their first NFL season back in Los Angeles, UberMedia’s team of data scientists looked at who the “new” Rams fans are and what neighborhoods they live in. Is your neighborhood the “Mob Squad” epicenter? Check out our interactive map to see LA’s top neighborhoods for Rams fans. 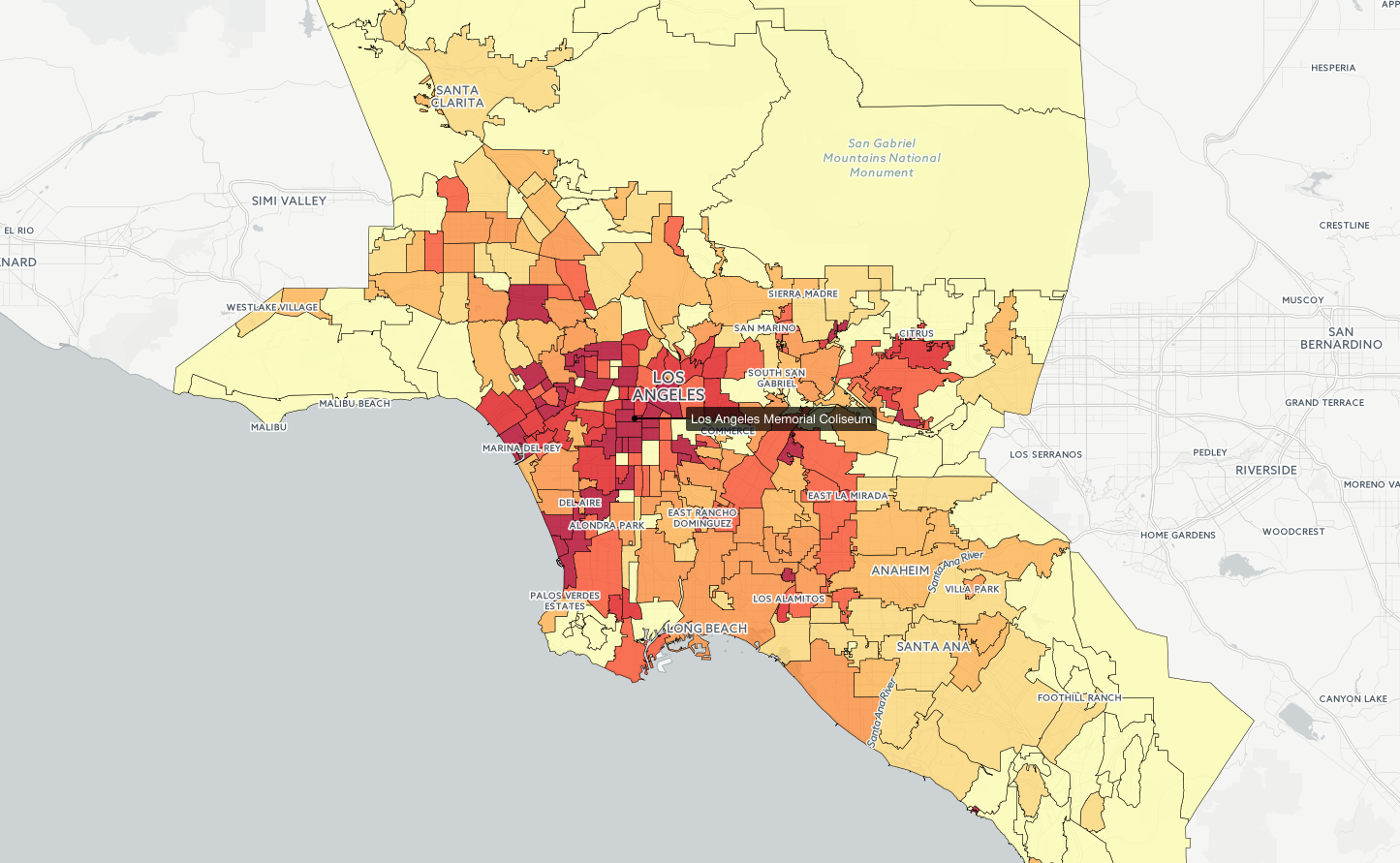 The Most Loyal Fans

We mapped out LA Rams fans by breaking down which neighborhoods have the highest density of fans by ZIP code. Not surprisingly, our map shows a big draw from neighborhoods in South Los Angeles like Hawthorne and Inglewood, close to where the new stadium is currently being constructed.

By providing an objective look at who actually attends Rams games, UberMedia created a powerful tool to inform businesses and the City of Los Angeles on how to better plan for and cater to these specific and influential fan bases.

Where else are the majority of Los Angeles Rams fans coming from? Well, according to our interactive map, Vermont Square, West Hollywood,  Beverlywood, Hermosa Beach, Century City, among others

Who Are Los Angeles Rams Fans?

We found that LA Rams fans are predominately white (40%) or Hispanic (36%), and that they tend to skew toward younger demographic along with parent-age fans, suggesting more families are attending the games. Dodgers fans tend to skew Hispanic (43.1%) with a similar family-focus. Whereas Lakers fans skew wealthier, older, and white.

How They Differ From St. Louis Fans

Fans of the St. Louis Rams were predominately white (74.3%), especially considering that the majority of the overall St. Louis population is African American (49.1%), with Caucasians being the second-largest population (43.9%). Los Angeles Rams fans are mostly white (40%) and Hispanic (36%), reflecting a more representative draw from LA’s overall demographic distribution.

UberMedia identified both Los Angeles Rams fans as well as fans of other sports franchises (including other Los Angeles teams and those of the former St. Louis Rams), by observing the devices seen at home games for each team. Our data scientists applied proprietary analysis to the location data harvested from the devices seen at games in order to provide an accurate picture of who attended.